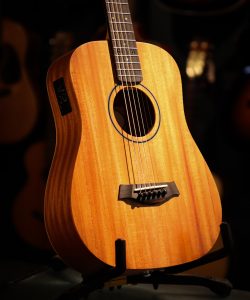 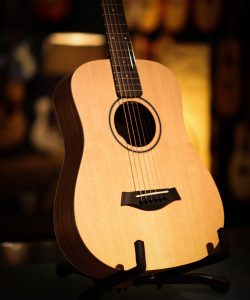 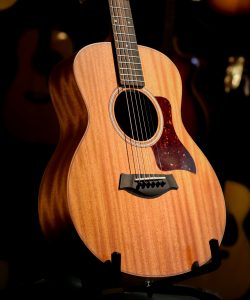 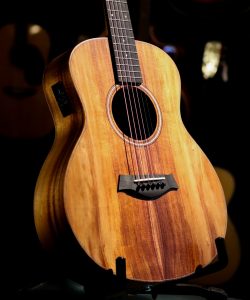 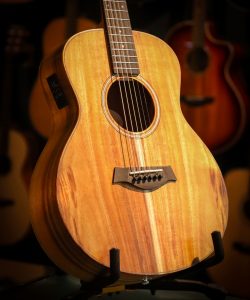 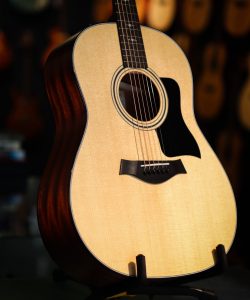 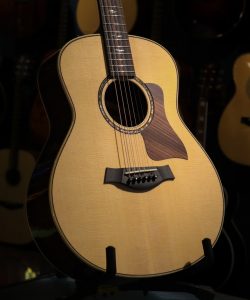 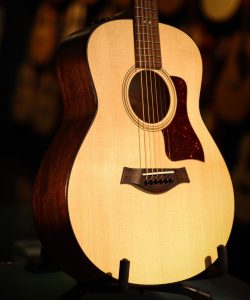 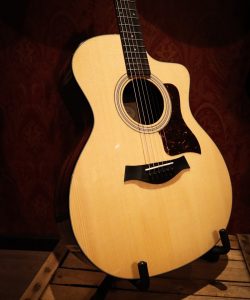 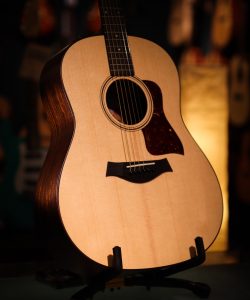 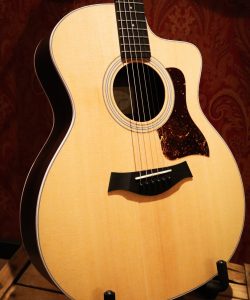 Honest wood with a clear eye for tomorrow

Do you ever wonder where the wood in your guitar comes from? And how guitar builders deal with the increasingly scarce tonewoods? Then you can’t miss the Taylor Ebony project. Read here all about combating unnecessary waste, about replanting in Cameroon, and about fairer labour.

The Taylor GT combines the best of both worlds; the compact dimensions of a travel guitar and the sound of a ‘big’ guitar. But how is that even possible?

The sides and back are made of solid Urban Ash, a type of wood that would previously be discarded or burned in cities across America. Being big advocates of sustainability, Taylor Guitars found a new use for this wood and proved to the world that it can be used to build great guitars. In terms of tone, Urban Ash can be compared to mahogany, which is known for its warm sound, with an accent on the midrange.

Founded in 1974 by Bob Taylor and Kurt Listug, Taylor Guitars has since grown into one of the leading builders of acoustic guitars worldwide. Recognised for their ability to blend modern, innovative manufacturing techniques with a master craftsman’s attention to detail, Taylor Guitars are considered as some of the easiest to play, and best sounding guitars on the market today. Bob Taylor is widely known for his visionary approach to acoustic guitar manufacturing, and for good reason. The company is an industry pioneer when it comes to the use of computer mills, lasers, as well as other high-tech tools and proprietary machinery.

2011 marked Taylor Guitars’ expansion into the European market, as it was the year they opened a Taylor distribution warehouse, located in the Netherlands. In order to keep up with the ever growing demand for their guitars, Taylor Guitars surpassed 700 employees in 2012, the majority of which operate in the brand’s two factories – one located in El Cajon, California and the other a few miles south, in Tecate, Mexico. The Tecate factory is where the lower-priced Taylor Guitar models and guitar cases are manufactured. In 2014 Taylor Guitars was honored by the U.S. State Department with an Award for Corporate Excellence (ACE). The award was citing the company’s commitment and proactive efforts when it comes to responsible practices when obtaining ebony wood for its guitars, which notably included the purchase of their own sustainable ebony mill in Cameroon, and effectively increasing the mill’s usable timber output from 10% to 100%.

Over the years, founders Bob and Kurt have attracted a vast number of talented, like-minded individuals, many of which ended up joining the Taylor family as employees. This constant involvement of new talent has allowed the Taylor brand to continuously shape and evolve a widely admired culture of creativity and innovation which has never lost sight of the philosophy that it was founded on; to improve the guitar-playing experience. Today, Taylor employs over 1200 people world wide. Another notable achievement for the company is that it became fully employee-owned as of January 12th, 2021 through an EOSP (Employee Stock Ownership Plan). Rather than selling the company to a mega guitar conglomerate or brand, Bob and Kurt felt that it was best to position the company for future success by entrusting it to the people who are the lifeblood of Taylor Guitars’ innovative culture, growth and success. The decision to go this route demonstrates that the brand has the best interest at heart for what makes Taylor Guitars, Taylor Guitars; its employees. At Kauffmann’s Guitar Store we firmly believe that this is a key reason the brand will continue to provide customers with the best possible Taylor experience for years to come.

And there you have it; several of the many reasons we are proud to be an official Taylor Guitar dealer. Kudos to the Taylor team for working so hard to help the brand expand its mission of making great, innovative guitars for enthusiasts around the world, and doing so in the most sustainable way possible.